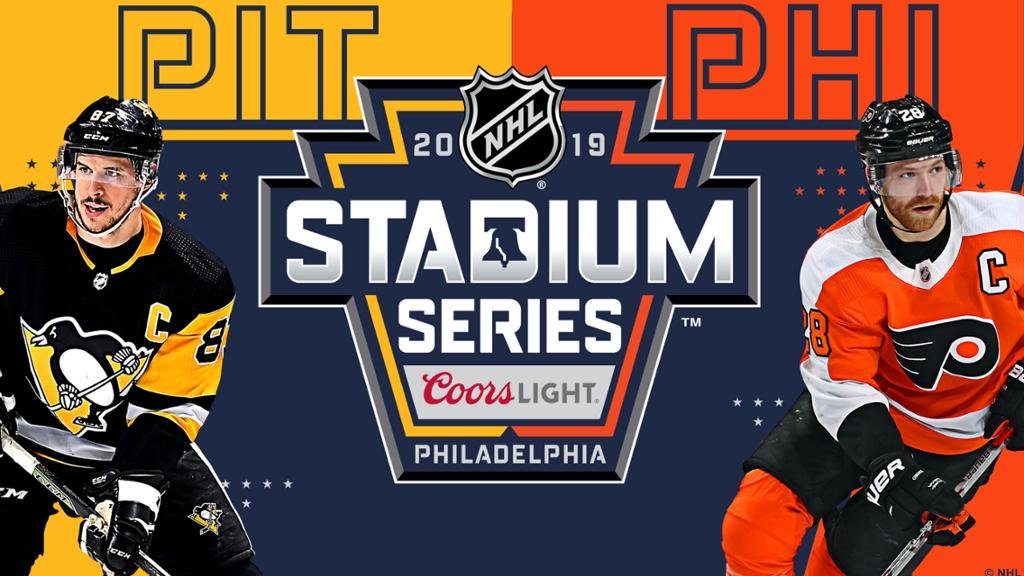 “The Stadium Series is one of the series of regular season outdoor games played in the National Hockey League (NHL). This event is distinct from the NHL’s other two series of outdoor games, the NHL Winter Classic and NHL Heritage Classic outdoor games, played on New Year’s Day and in Canada, respectively. Games in the Stadium Series have been held in either late January, February, or early March in a football or baseball stadium in the United States. The first Stadium Series was held in 2014 and consisted of seven teams participating in four games held in three venues. In 2015, only one game in the Stadium Series was held, while in 2016, two games were held. Since 2017, only one game has been scheduled per year.” 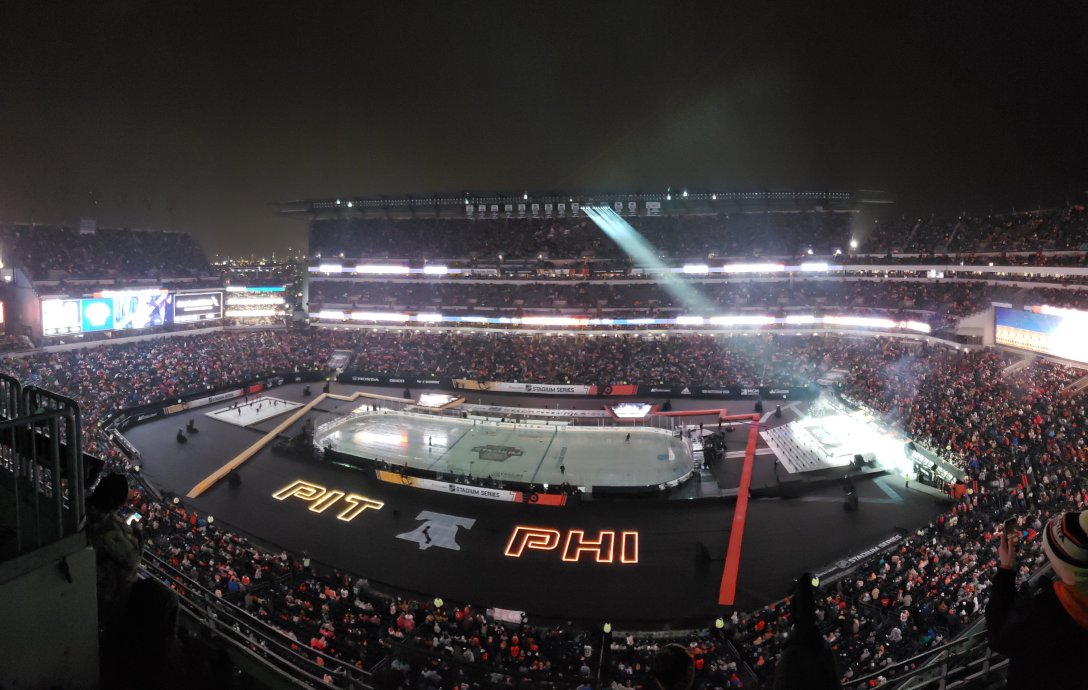 The Flyers have played in four of these games now. The 2010 Winter Classic at Fenway Park in Boston, the 2012 Winter Classic at Citizens Bank Park in Philadelphia, the 2017 Stadium Series at Heinz Field in Pittsburgh, and finally the 2019 Stadium Series at Lincoln Financial Field in Philadelphia. Can you guess how many I’ve been to? Yup, that’s right! All four. Myself and my friend Brett have been going since 2010 and haven’t missed one yet. 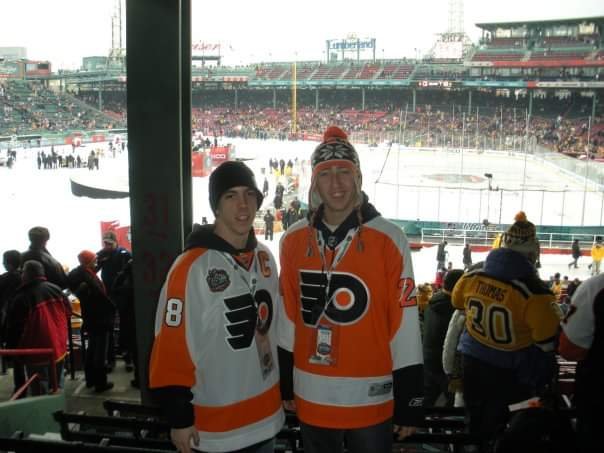 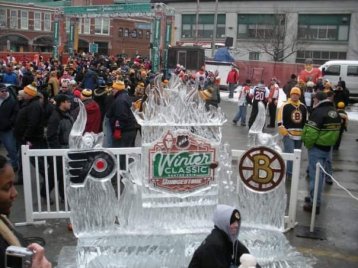 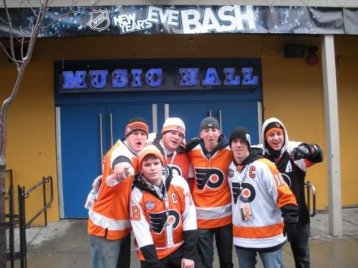 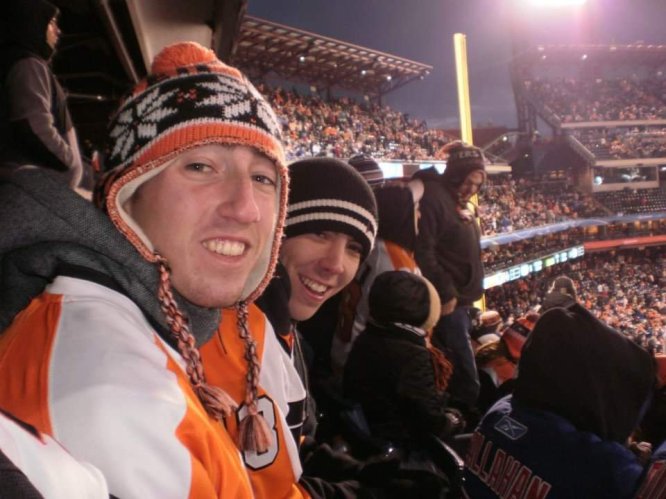 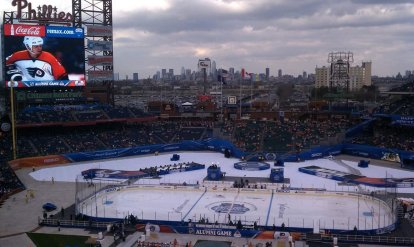 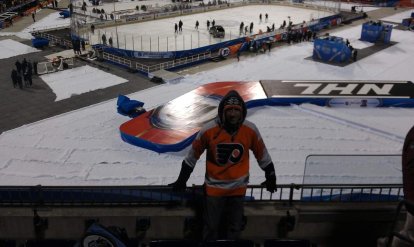 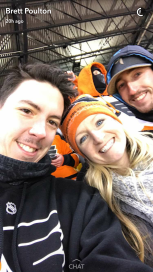 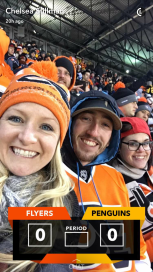 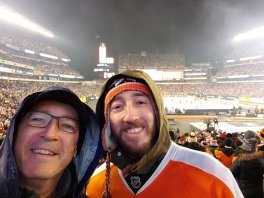 Each year has a ton of stories I could write about so maybe one day I’ll do a throw back and post about them, but for now, I’ll stick with this year’s. Side not, if you notice, I’ve been rocking the same Claude Giroux jersey since 2010… before it was cool.

Brett and I talked about going to the 2019 game since the date was announced. I mean, we had to. We had gone to every other game the Flyers played outdoors, so why would we miss one in our hometown? It came down to the week of the game. We decided we would wait until the night before and snag tickets. We didn’t really want to pay over $100, which is crazy because the first couple years we payed close to $300. Anyway, it was Tuesday before the game (less than a week away) and I had been monitoring the tickets on StubHub. I was sitting at work when I got a message from Brett that said, “Go onto Slack now and get those tickets Billy is talking about.” I immediately went to slack to see:

WAIT WHAT!? $35 tickets!? I quickly clicked the link and used the code. I ordered as many as I could (the limit was four). I even was able to snag them on the end the Flyers would shoot at twice. On top of that, they were lower level. What an insane deal! Lower level tickets were selling for way over $100 on StubHub. To be honest, Brett and I have been to enough of these now that we know better. Even though the lower level SEEMS like the better seats, the upper level you can see so much more. In the lower level you can’t see plays against the boards and find yourself looking at the jumbotron more often than the rink.

Anyway, as soon as I locked up the four tickets, I sent the link out to a few of my friends who were looking for tickets. By the time I sent them the link, all of the tickets were gone. They sold them out within five minutes. WOW! Thank God I was on the ball that morning or we would have missed out. PS, this wasn’t the first time Brett and I pulled off some ridiculous last minute ticket deals. This one was good, but the Darius Rucker saga was amazing! That, however, is a story for another day. 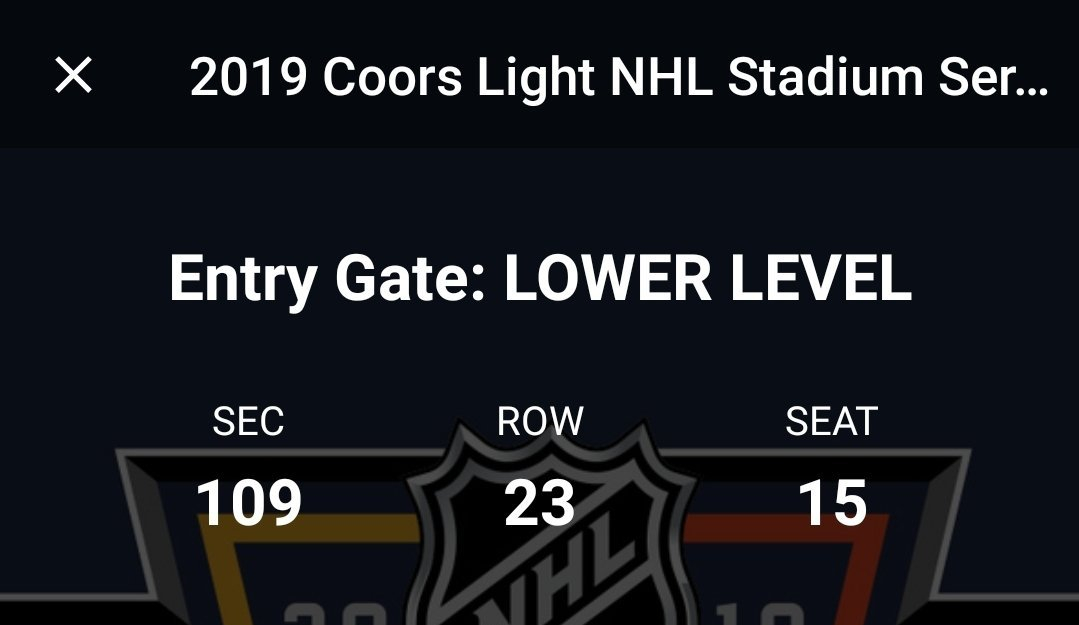 Brett, Scott, my dad, and I decided we would go to the stadium a couple hours early for some brews and to check out the pregame party. The pregame party always has stuff from the NHL Hall of Fame, playable mini games, pictures with the Stanley Cup, ice sculptures, and food/drink vendors. While walking around, Brett saw one of the shooting games had a short line, so we hopped in. The game was a five hole challenge. You got three shots to score on the goalie’s five hole (the goalie was just a plastic cut out). Naturally, while waiting in line, I was extremely cocky. Stating, since I play hockey, I was going to destroy this game. I guaranteed I would get one in through the hole where the goalie’s armpit was. We quickly realized everyone was keeping the puck on the ground and we were trying to decide if we would follow suit or just let it rip. Brett was first up and unloaded. Game on! Brett, my dad, and Scott all went before me. Would I hold true to my guarantee? First shot, I ripped over the goalie’s right shoulder and in. Second shot, I ripped over the goalie’s left shoulder, off the cross bar, and in. Third shot, right through the armpit just as I guaranteed. It was awesome! Honestly, there’s no shot I could do that again if I tried. Felt great walking away with everyone in line talking about it though.

(One of Scott’s shots)

We made our way in and to the seats. No sooner did we sit, the rain started. In the past we’ve been to outdoor games with snow. Those were fun! Rain, however, was just a nuisance. Before the National Anthem began, Gritty flew in from the roof! If you don’t know Gritty, you must be living under a rock. He is taking the nation by storm. At first I hated the idea of Gritty, but now I’m a huge fan. Gritty met Jimmy Rollins, Jason Kelce, Tobias Harris, and Boban Marjanovic on stage for the National Anthem (all of these guys are current and former players of the Phillies, Eagles, and Sixers).

The first period ended and the intermission show began. Somehow, the Flyers managed to get Keith Urban to come out and perform a few songs between the first and second period. The first song he played was Blue. Too slow of a song for a hockey game, but his next two picked up. I’m a fan of Keith Urban so I enjoyed the quick show, but I do think the first song was a bad choice.

After the second period ended, Brett and I wandered upstairs for some pictures. While on our venture, we ran into Paul and Bobby. My long time friends and Paul is actually my goalie now in the roller hockey league I play in. Back in 2010 we had a similar run in with them. We showed up to our hotel for the Winter Classic in Boston and while we were walking through the lobby we hear a couple people screaming, “MILZY!!!” It was Paul and Bobby. Small freakin’ world. So Brett literally only knows them from outdoor hockey games (which I find hilarious). 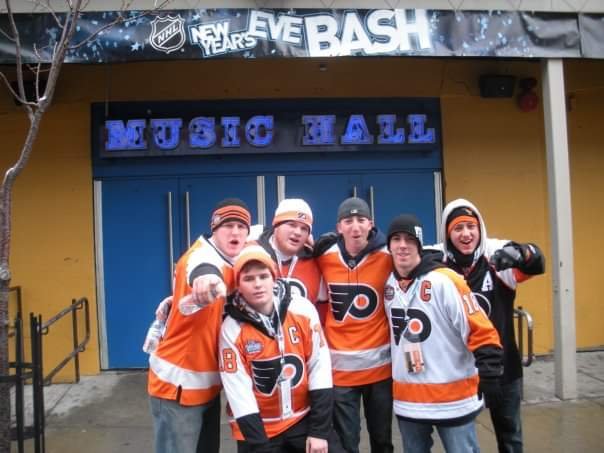 Onto the third period. Flyers were losing 3-1 and we were pretty worried we would be leaving the stadium 0-4 going to outdoor games. With roughly 3 minutes left, the Flyers were still down by 2 goals. This is when a lot of people in the stands started leaving to get a head start on traffic. We stayed. Flyers scored a goal around this time to put them down by one and sure enough, with about 20 seconds left in the game, Jakub Voracek scored the tying goal to take the game into overtime! My jersey proved to be luck this night, because 2 minutes into overtime Claude Giroux scored the game winner. The stadium went nuts. We couldn’t believe it. What an EPIC comeback! This one will go down in history.

I don’t feel bad at all for the people that left early that night. You should always stay until the end of a game and to top it off, they definitely beat the traffic. It was a MESS getting home. I did a little maneuvering though and we managed to escape in 15-20 minutes. I’m sure I didn’t piss off any other drivers in the process.

Who knows where or when the Flyers will have another outdoor game, but you can bet your ass Brett and I will be finding a way to get there!