While sitting on my flight to Tampa recently, I read a quote in the Southwest magazine. The quote said, “Every person has his or her unique story, and I love that about travel.” Couldn’t agree more! I’ve met a lot of amazing people in my travels and am still great friends with some of them today. Whether it be on an adventure or just an ordinary day, you never know who’s path you’ll cross. Everyone has a story to tell. 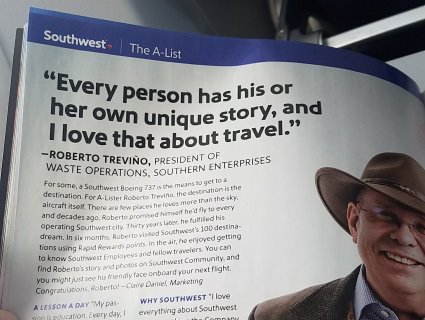 This particular day at work (March 1, 2018), I had just finished delivering material to our plumbers at Philadelphia Christian Academy, on North Broad Street. Before I went back to the office, I had to make a stop at Lowe’s to get new keys made for Pop-Pop Milsted (my boss).

I go to the key station in Lowe’s and notice there were already a few people in line. I started talking to the older gentleman in front of me. We were talking about microchip keys for cars because the old ladies in front of us seemed to be trying to have a duplicate one made. Then we got to talking even more. He tells me that he is from Lancaster and I quickly said, “What’re you doing out this way?” The old man told me he was from Philly and served over 20 years on the Philadelphia police force. The man’s son also served on the Philadelphia police force as well and retired after 20 plus years, but shortly after retirement had a stroke and passed away. The old man then got into the real reason he was out this way… he was visiting his “lady friend.” He had keys made for her the previous day, but lost them, so he was back to have more made.

He tells me after he retired, he moved all around the country picking up various security and policing jobs. He talked about how he served in the Air Force and got to travel the world from Texas to Japan. I then added I had been to the Air Force base in San Antonio, Texas almost 10 years ago to attend my friend, Julie, from Wisconsin’s graduation.

I took that trip with my friend, Joe, and we met our other friend, Bridget, from Wisconsin out there. The trip out was one for the books. Joe and I’s flight (we’re also pretty sure Ron Jeremy was on the flight with us too) had been canceled because the plane needed maintenance and they couldn’t get us on another flight until the following day. This meant we would miss seeing our friend graduate. Joe and I weighed out the options and decided the only way to make it in time was to buy another plane ticket for a flight later that day. The new flight was over $300. We talked about it for a few minutes, but Joe was determined to get there and said he was going no matter what. I thought about it for another couple seconds when finally I said, “Fuck it! I’m in!” We got the new flight, called Joe’s sister, Debbie, and asked if she could drop off one of our laptops at the airport because we had a lot of time to kill. I’ll save the rest of that trip for another post, but to this day we’re both still glad we made it out! 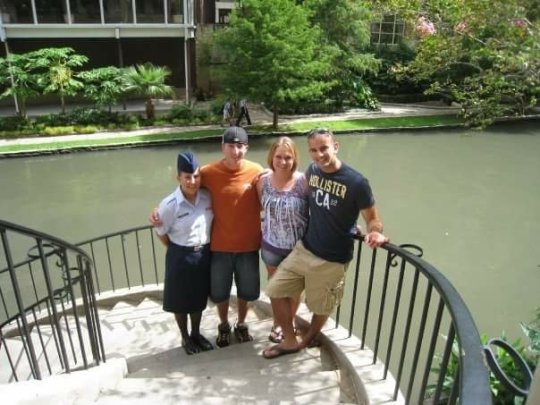 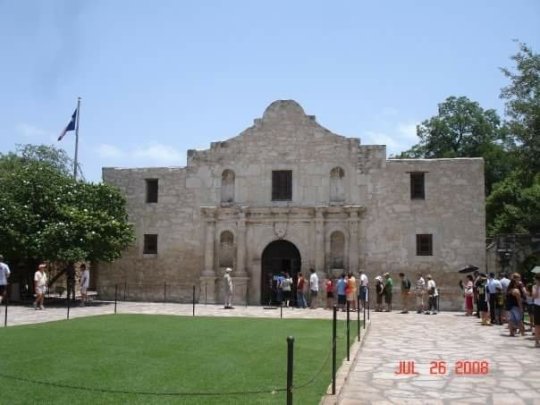 (From our trip to San Antonio)

The old man told me he had family in Texas and he still visits occasionally. After he said this I pointed to his Philadelphia Eagles Super Bowl LII Champions shirt and said, “You better be wearing that to rub in all of their faces next time you go to Texas.” He laughed and told me I better believe he was going to.

Then he starts to tell me about a book he is in the process of writing. He said it’s a book about all of his funny stories from being on the police force. The man then hits me with three stories I can only assume will appear in his book.

They were chasing a naked guy down the street. They got him to the ground, but he was squirming around and they couldn’t get a good lock on him since he was naked. He said all the officers started arguing over who had to get the cuffs on the guy because no one wanted to get near him.

He was up in North Philly on Thanksgiving and gets a domestic call. He shows up to the house and finds an old lady that stabbed her husband. They asked the old lady why she stabbed her husband and she said, “That nasty old mother fucker was screwing the turkey!”

He was working by city hall for a parade one year and it was freezing cold so they had some liquor in the car to help them keep warm. He had been so cold that he slowly noticed his hat was shifting around on his head and his body was starting to feel heavy. This was the moment he realized he drank way too much. His captain came over and told him to sit in the car. The man laughed and said, “Captain wasn’t thinking because he put me right back where the booze was!” A couple days later he got called to the captain’s office. He thought for sure he was getting fired. When he got into the captain’s office he quickly started to apologize and said how sorry he was. The captain laughed and told him he wasn’t fired, but anyone that can drink that much needed to be plainclothes so he was getting moved. Plainclothes is an officer that wears civilian clothes instead of a uniform to avoid being ID’d as an officer. The old man told me that was the best thing that ever happened to him because he loved his years as a plainclothes officer.

I told him this was going to be a great book and asked when it would be completed. He told me it should be complete in about 5 months. By now his keys were finished, so I asked what the name of the book would be called. “Thin Blue Farce,” he said. I shook his hand and said, “What is your name, sir?” He said his name was Stephen so I said, “Stephen, my name is Adam. It was great to meet you and in about a year I’ll be doing a Google search for your book and I better find it! Have a safe drive back to Lancaster.”

Roughly a year from now I really will be doing a Google search for “Thin Blue Farce” and I really hope he’s completed the book. The three stories he told me in that short 10-15 minute span of getting keys made were great and I absolutely would love to read more!

After Stephen left I started talking with Terrance from hardware, who was making the keys for Pop-Pop. We got onto the subject of waking up for work and he told me he wakes up around 4am, has a cup of tea, and meditates. I asked what tea was his go-to because I’m always up for trying a new tea. He told me his favorite was Lemon Zinger by Celestial and I should try it. 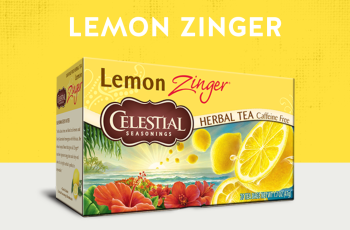 I haven’t gotten around to giving Lemon Zinger a try yet, but I have it on my next shopping list. So for a regular old day of work I was able to meet a couple nice people with great stories. It got me thinking how many people are out there and how unique each person’s life stories are. It’s amazing to sit back and hear them. I’m glad I could share a few of them with you all today!